A PREOCCUPATION WITH RUBBER DUCKS

My apologies to everyone for my absence. Your ever-curious Octopus attended an alternative energy conference this weekend, which reminds me. Please scroll down and look for this in the lower right panel: “Join the Conversation - Blog Action Day October 15, 2009 | Climate Change.” I will be posting an article (hopefully) on Thursday, the day of this event.

Octopus will be away next weekend too … attending this: 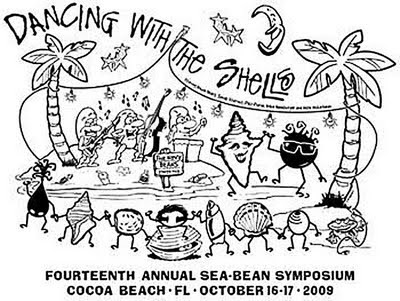 The annual International Sea-Bean Symposium is one of my favorite events. What is a ”sea-bean,” you ask? These are drift seeds carried by ocean currents that wash upon our shores. Drift seeds drop from trees and vines as far away as the Amazon River basin and beyond. After they enter the waterways, they are carried downstream to the Atlantic and moved by ocean currents until they find our beach. Sea-beans are hard, tough, and buoyant, which helps them survive the long-distance voyage. Finding a sea-bean on the beach brings good luck. Some folks turn them into jewelry and pendants. 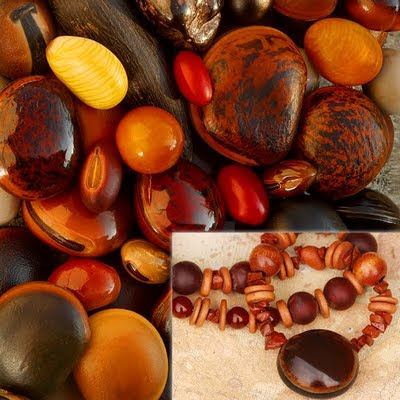 This year, the keynote speaker is Dr. Curtis Ebbesmeyer, an oceanographer who studies all things that float in our ocean: 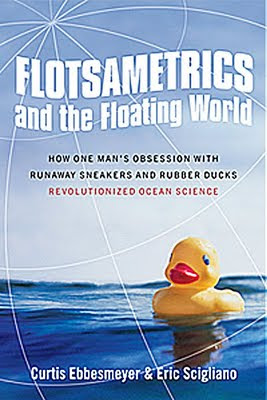 Ebbesmeyer grew increasingly fascinated by sea currents and eddies and began to focus on beaches, specifically on debris deposited there. An epiphany came in May 1990 when a Pacific storm knocked five containers filled with thousands of athletic shoes off a cargo ship. Nearly a year later, the shoes began washing up along the West coast of North America. With the help of a surprisingly large and cooperative fraternity of beachcombers, Ebbesmeyer tracked the progress of the shoes up and down the coast and as far away as Hawaii, producing a groundbreaking study of ocean currents.

Even readers with little interest in ocean science are riveted by epic travels of oceanic trash, entertaining accounts of how floating debris guided Christopher Columbus and the Vikings to safe harbors, horrific stories of men adrift at sea, how flotsam may have triggered the origin of life, and dire warnings about the threat of plastic waste in our oceans.

All in all, a busy week for Octopus who will be canvassing the beach for flotsam and escaped rubber ducks. BTW, welcome home, Captain Fogg.
Posted by (O)CT(O)PUS at Monday, October 12, 2009