It's the Fox Look. You know, like you've just been prepped for your open-casket viewing or in the case of Andy Ann Coulter, for her loonie drag queen episodes on Fox.  Hey, don't laugh, it's a Republican thing.  Gregg Jarrett, like Lyin' Bill and Insanity Hannity and a host of hosts on Fox have that look. Way, too much makeup and perhaps a bit of Botox for that touch of zombie.


I'm sure one needs a shot or two (hypodermic and otherwise) to keep a straight face on the air, but apparently, off camera you'd hardly recognize them.  That's probably something else that's deliberate and particularly useful for guys like Jarrett who get drunk and disorderly in airport bars.  You might remember the same Minneapolis airport and fellow Republican 'Wide Stance Larry' Craig, but I digress. 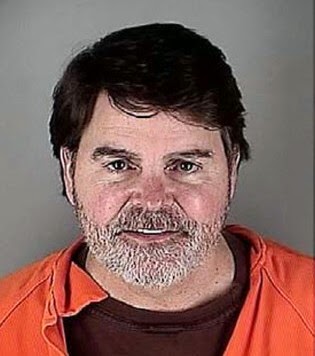 Are we looking at the same dude here?    Yep, some yellow journalism lighting, some paint, a shave, the fake hair and a fake air of seriousness and he's ready for prime time again -- or will be as soon as the public forgets or a Fox Fable can be concocted about how it's Obama's fault or the Liberals or something.   He's got some personal problems says the Fox and he certainly does, especially now, despite the smile. Perhaps he's fed up with being a subversive and just can't take it any more.  Who knows?   But don't feel sorry for the Fox. Sure they've got a president to slander, a government to undermine, an economy to sabotage, fables to fabricate, Benghazi to shout -- but there are plenty of  others to fill his shoes and desk and with the right light, the right make-up and a full moon the Fox will make a seamless transition and the show will go on.   Gregg who?

Seems Jarrett had just left rehab where he's been for a while.  I don't want to make light of a drug and alcohol problem and rehab is just where he should have been -- and apparently still should be.  All snark aside, I wish him well and hope he can redeem himself, medically and ethically.